In 2019 a new non-profit and experimental place has opened at Budapest, in the factory building of the underground Artus Studio: the ‚Switch Space’. The curator, Judit Csanádi asked me to create a solo show there as its opening, and I designed a cooperation with Ágnes Hardi, sculptor, there. We made site-specific installations in a strong communication with each other, and have reflected on the factory building itself. 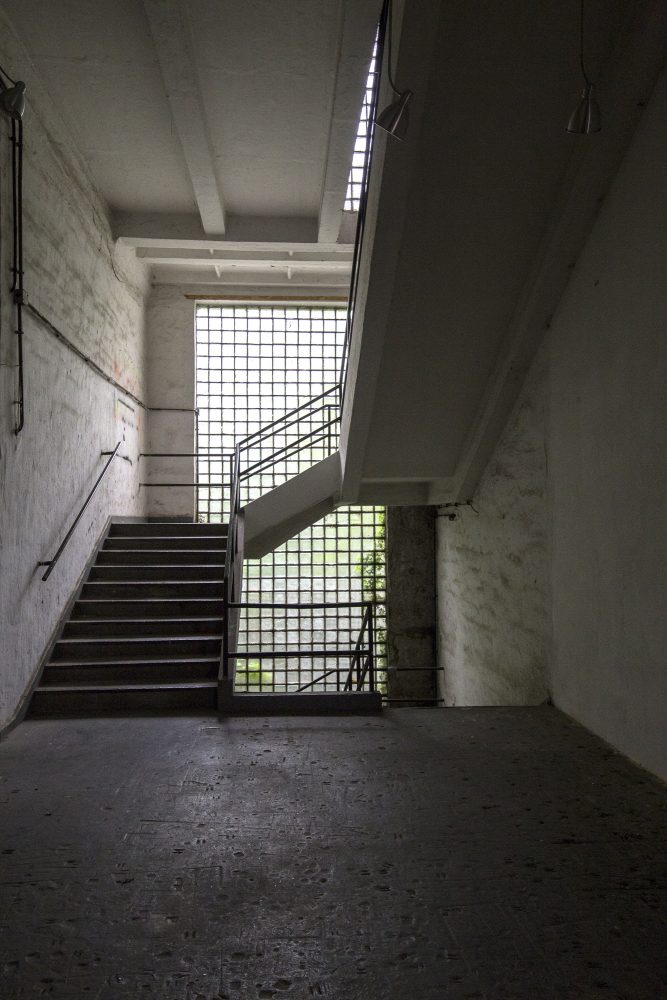 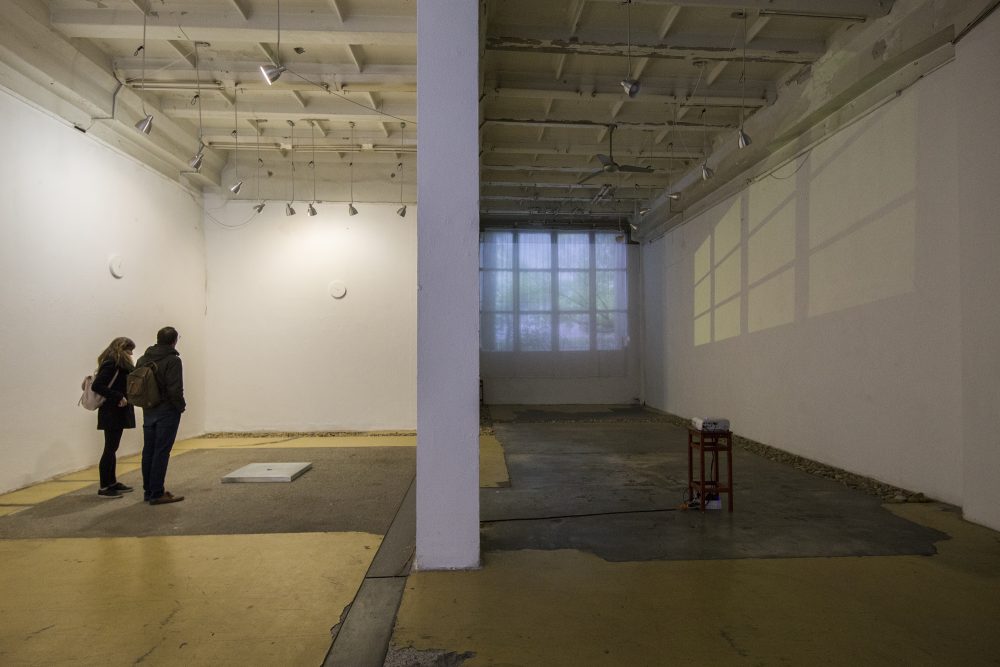 In the frame of the program Switchroom curated by Judit Csanádi, sculptors Margit Koller and Ágnes Hardi will settle the industrial site of Artus Gallery with their site-specific installations between 10th of May and 3rd of June. The two sculptors studied together at the class of Valéria Sass and Ádám Szabó at the Hungarian University of Fine Arts, and they’ve already cooperated several times on exhibitions and group projects. Their close professional relationship is linked in observing the natural and artificial space around us and in the similarity of the way they are manipulating the experience and sense of the observed space.

This is what gave the title of the exhibition also: Scale. Hardi is building up the emotional projections of the built space from concrete and metal in the dimensions of statuettes, but sometimes she also constructs human-scale, life-size corridors or mirrored environments. Koller is approaching from the opposite direction with her large-scale, often only virtually projected and/or partially constructed video installations. Her built spaces customized around the human body are almost scenery-like in their walkability and their dramaturgy, how they’re mapping space-time systems on the boundary of perception.

The artists have (re)customized their old and new installations specifically for the spaces of the gallery: their installations standing in dialog with each other are using and repeating the architectural capabilities of the showroom as parts of the artworks. Doors and windows are opening, stairways are bending and corridors are mirroring, reflecting site-specific on the given space. The accordance and debate of the real and virtual, and the enlarged and miniature space-installations are focusing the spectator’s attention on the given space (here) and the actual time (now); the affectedness of the reality reveals itself while walking around the manipulated showroom. Thus the origo of the exhibition will be the spectator himself and his own perceptual ability; the awareness-raising and overwriting of the possibilities of the familiar reception of the spice-time surrounding us, as an interactive exercise.