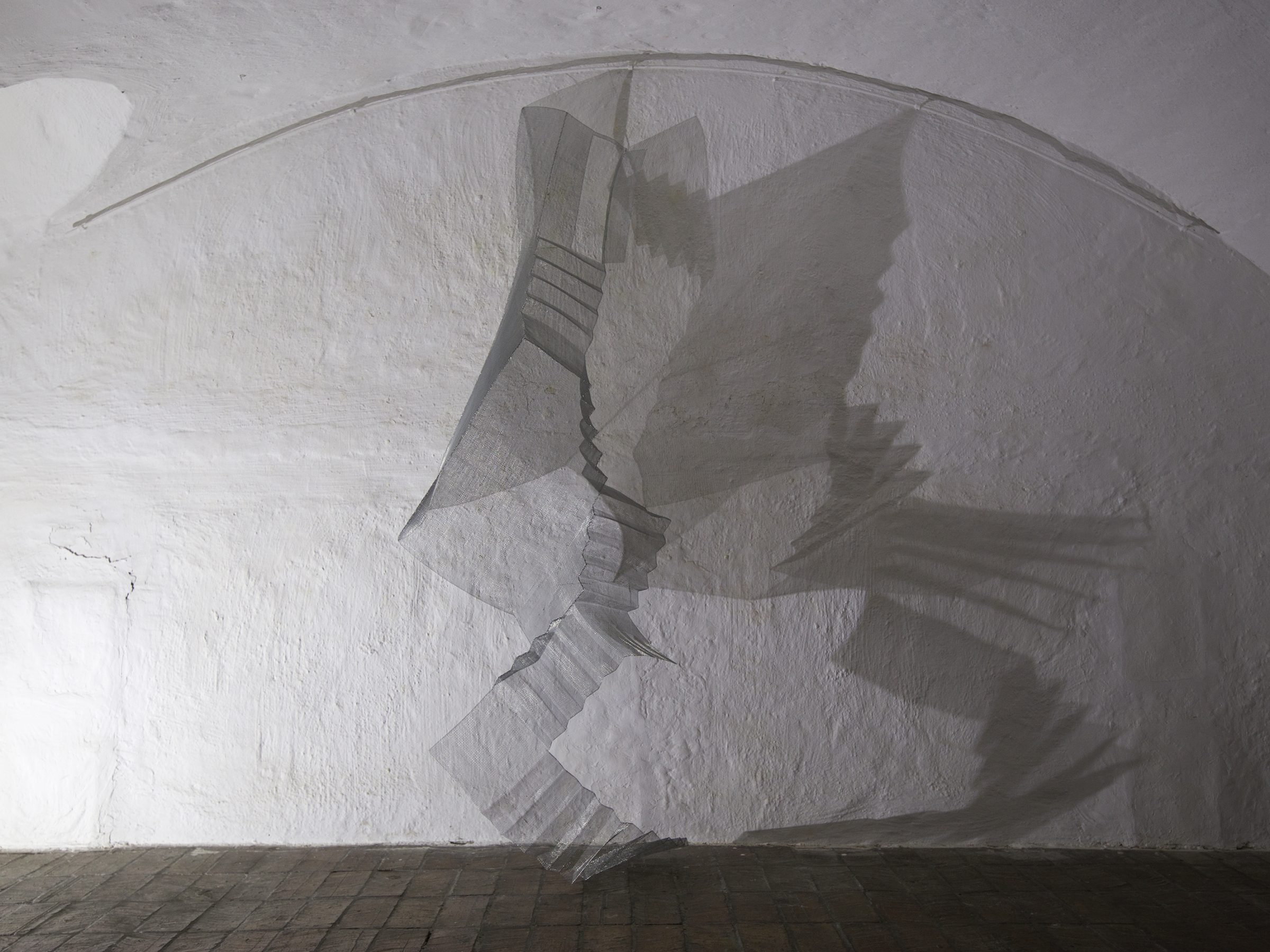 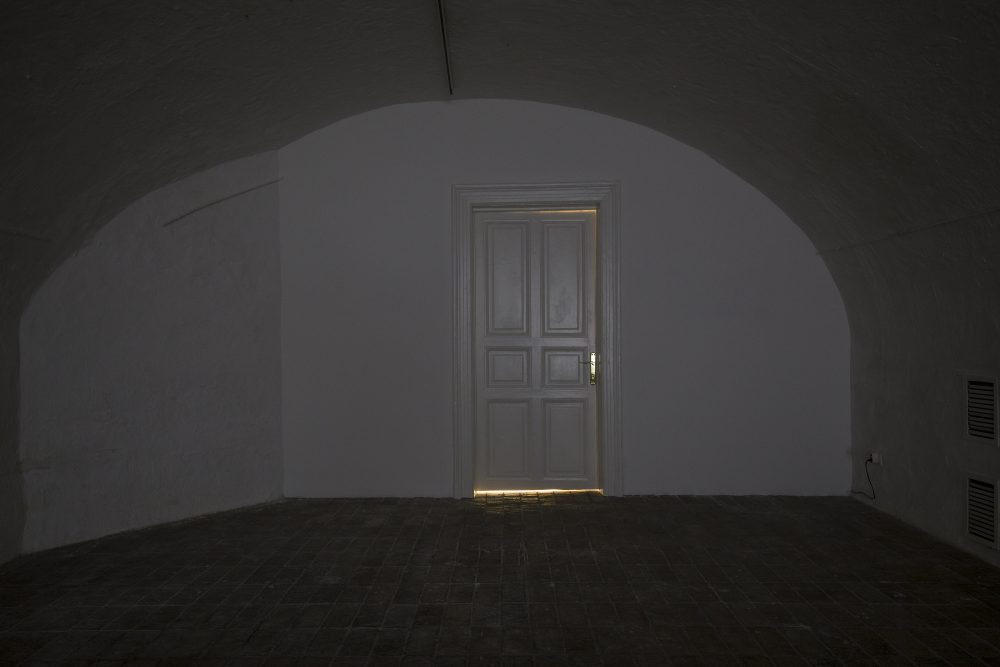 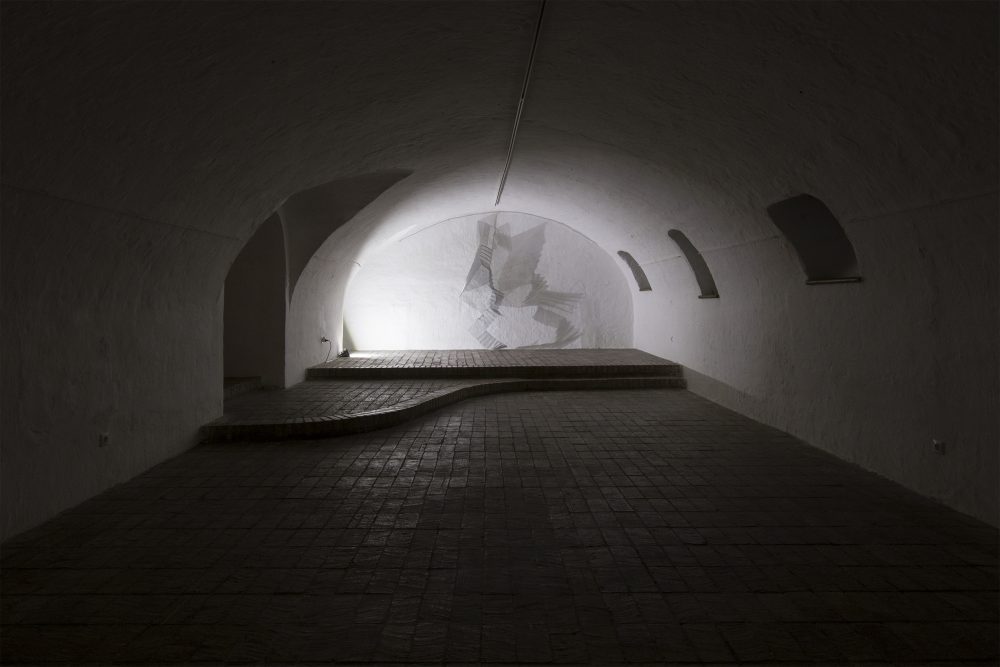 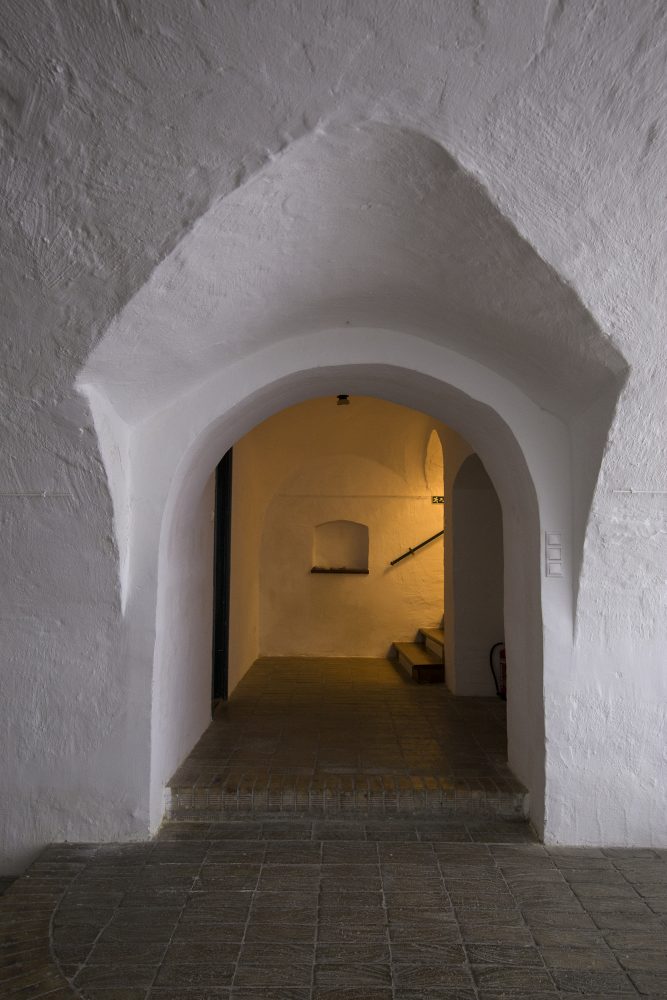 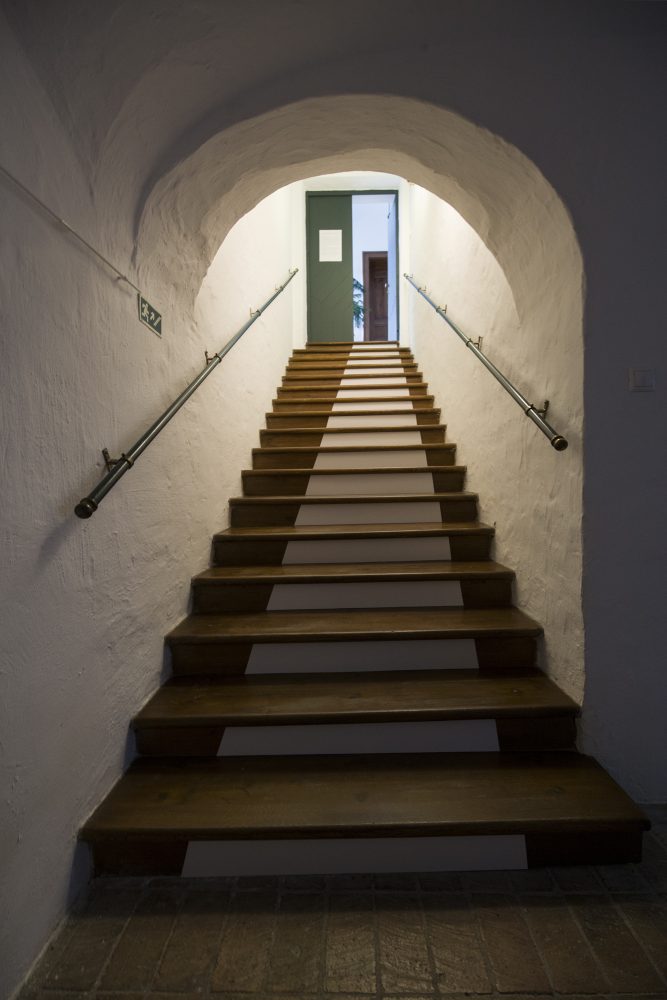 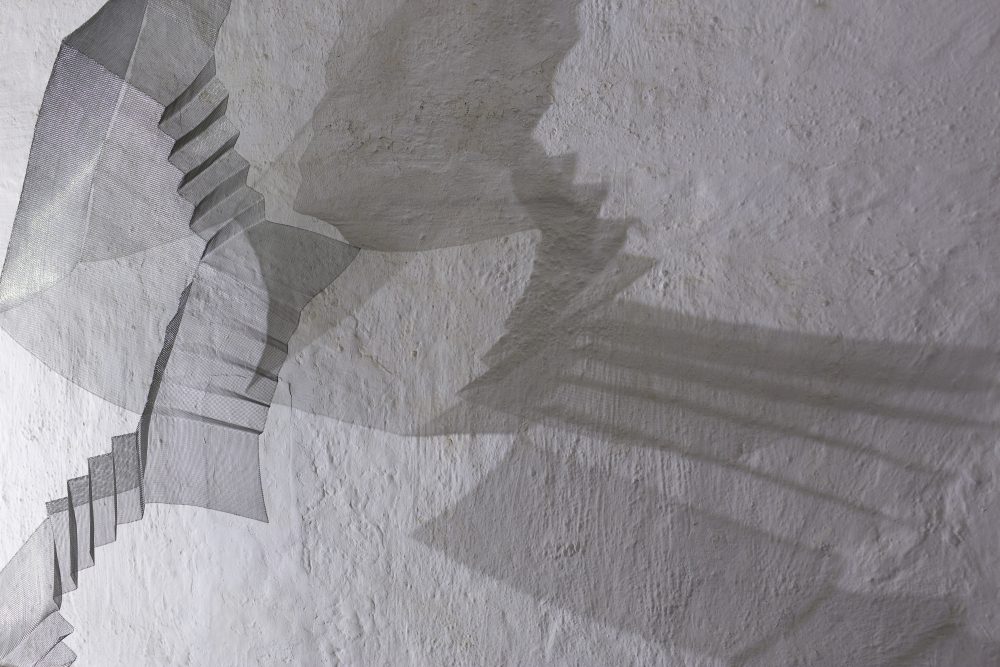 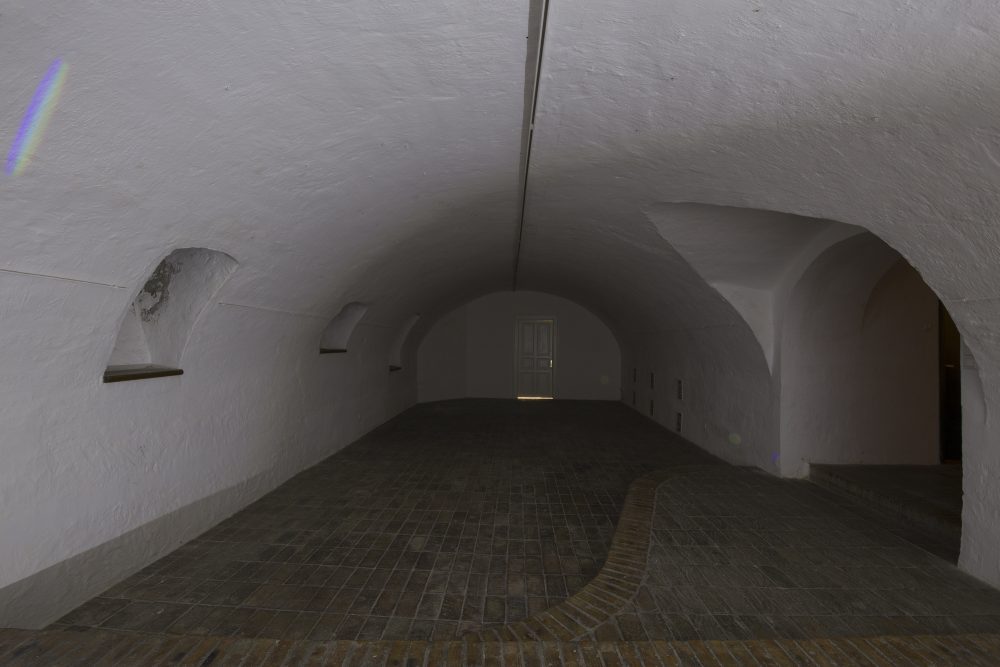 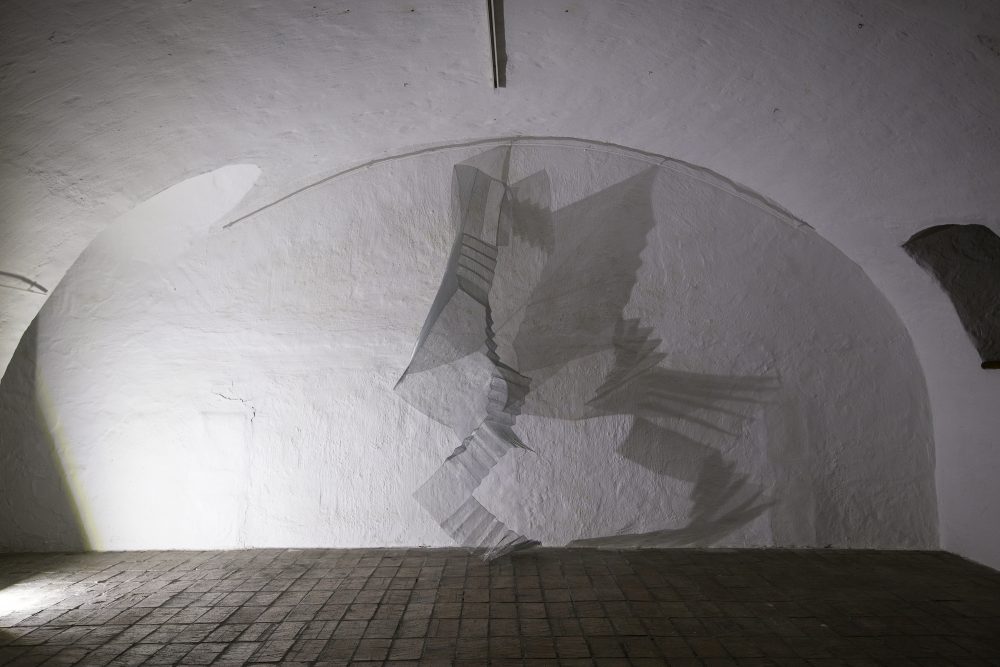 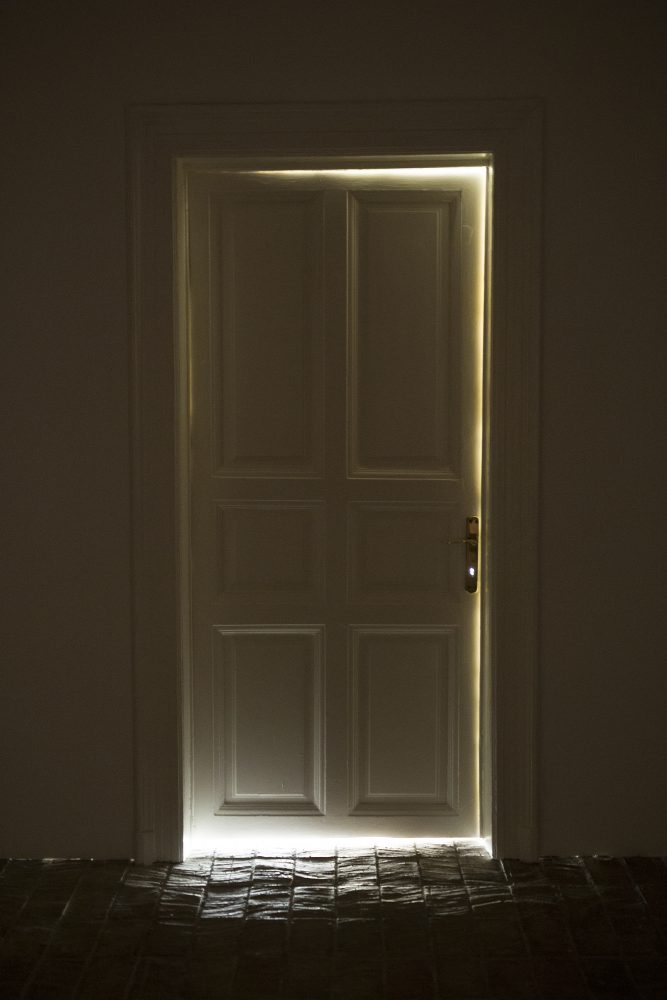 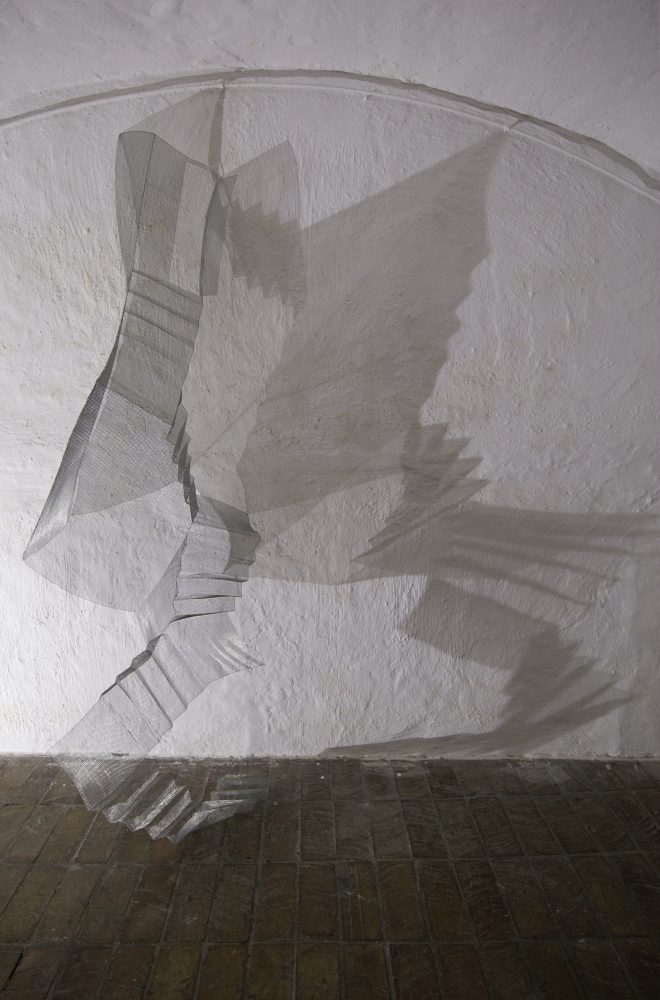 I haven’t designed autonomous artworks but a whole environment composed site-specifically to the given space at my solo show, called Suspended. I built a route-network where the symbolical stair- and gangways are impassable. I suspended the possibilities of the body moving through the space, as passing, crossing, rising, etc., creating a suffocating state of powerlessness.

I modelled three different passageways: I built a false wall where I built in a door of a typical apartment from Budapest, which crashes immediately to a real wall behind if we open in, and the same time the inviting light from behind the door is shut down. There is no way forward, just blackness which occurs just after the moment of opening in. In front of this installation there is a broken staircase made by metal fabric. With its shadow it creates a virtual rout which can be walked around in our imagination but also doesn’t offer any exit. Only the real staircase offers solution for taking any action back. I highlighted it with white papers to show the only way for escaping to the reality, where we have to face the question: at a place where we can go in and out from spaces to another, what are the borders of our personal capability of action?

Video about the door opened to the wall, to the immediate darkness: