I made a door to copy its surrounding space and time as my diplomawork. It was located in the middle of a 10 x 10 x 10 meters big studio of the Hungarian University of Fine Arts. The installation had two similar sides half opened. I used the opened parts as a projection screen, where two different time dimensions appeared. When the viewer stepped into the studio he found himself in a front of a mirror-like projection: by using a system of a web camera and a projector I projected back the audience onto the installation’s surface in real time. On the other side there was an other projection but from the past: I recorded a video from this space few months before and then projected it back onto the installation.

The title is Without Threshold which means a state without borders: the different time dimensions are blurred in the space (in our mind). I constructed a multi-symmetrical system which mix the time and space. The spectator who stepped in could be able to rethink his habitual, ingrained perception by symbolically crossing a non-existing threshold between the separated, linear time and space and the experience of permanent time and space. 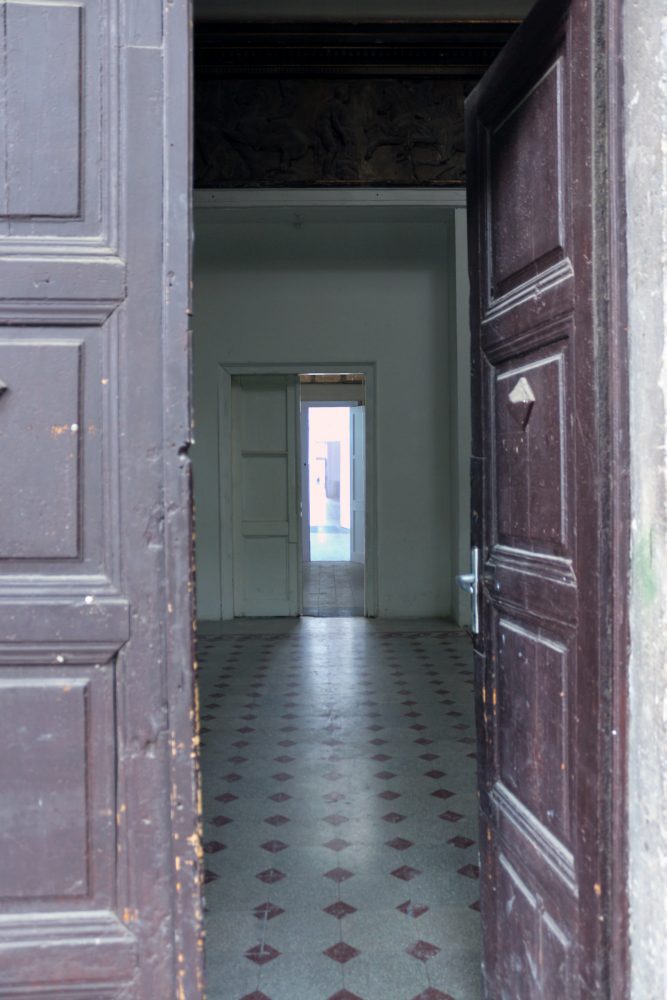 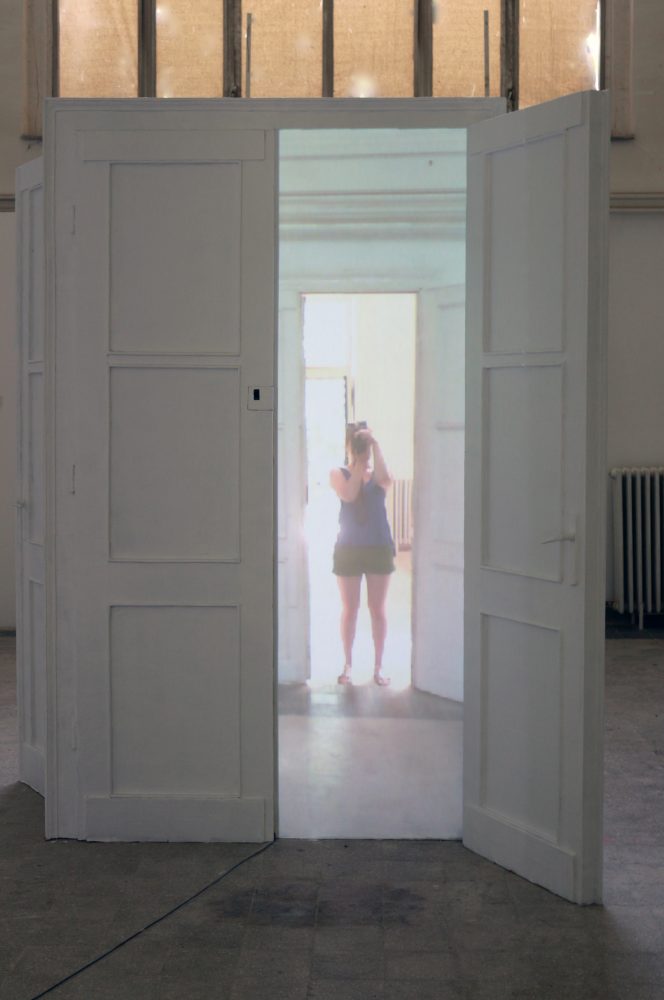 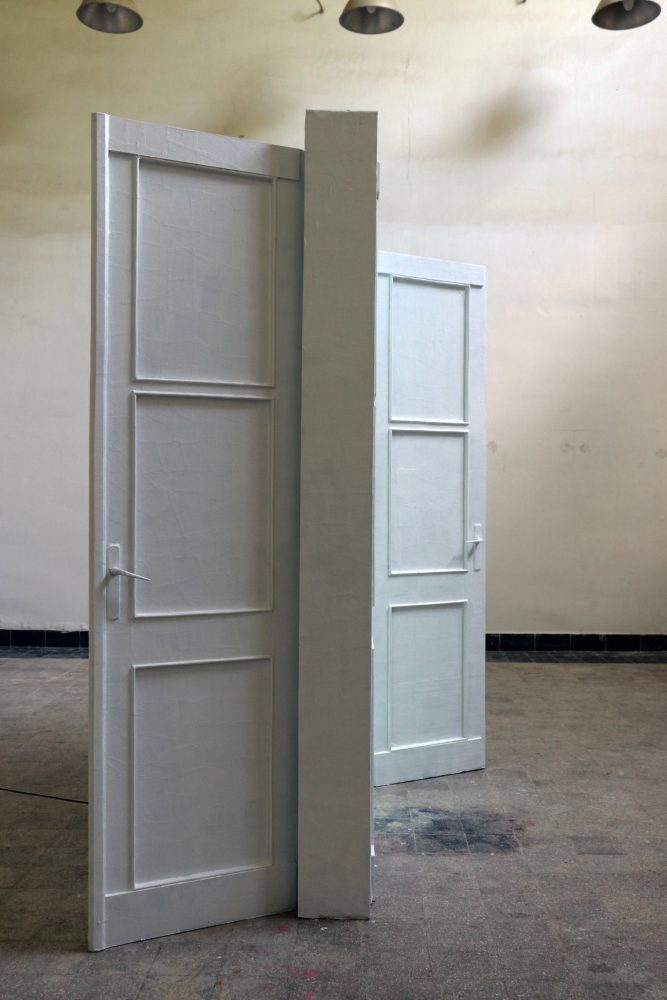