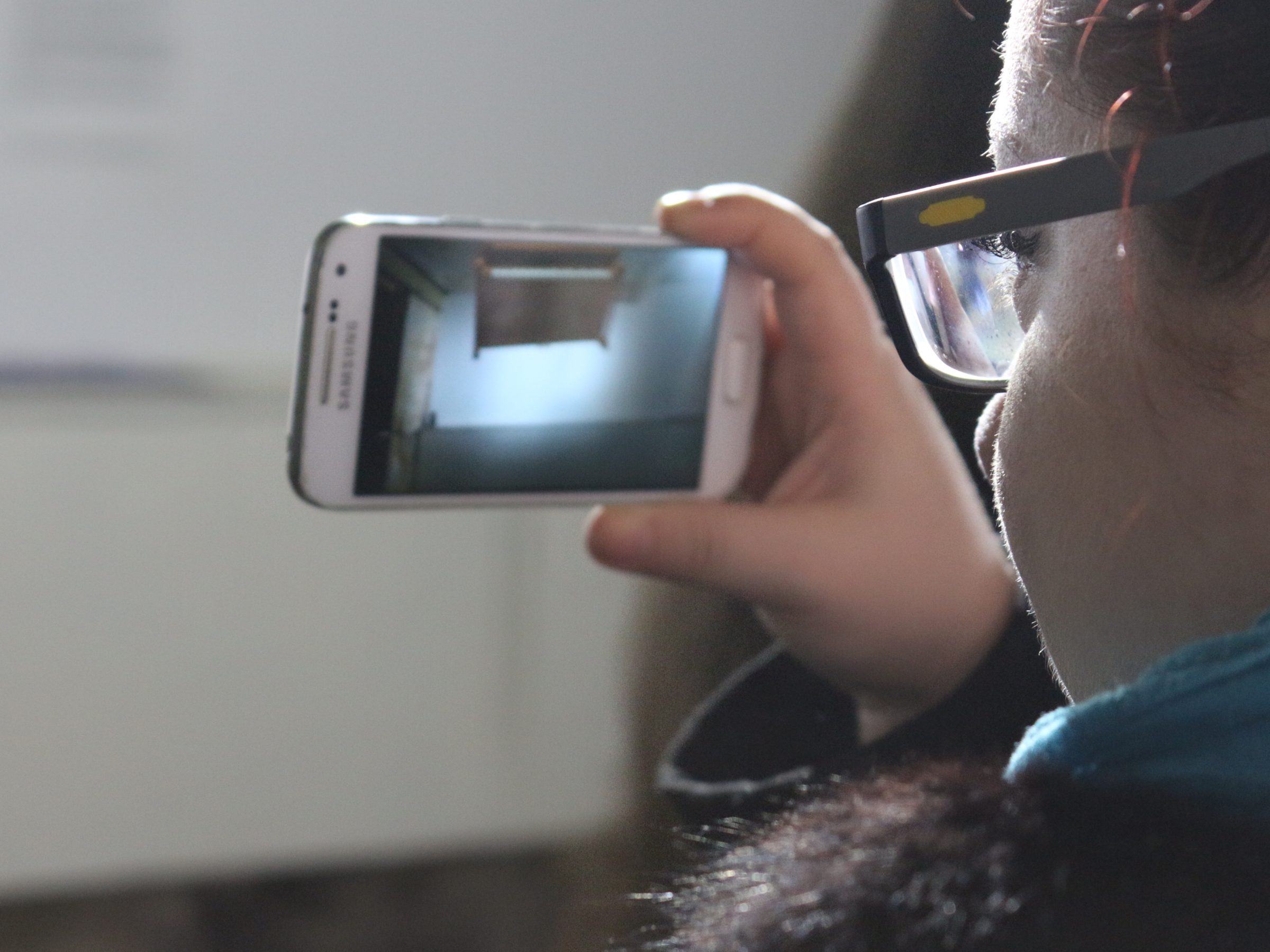 This exhibition achieved in a cooperation between the 6D art group and the Omnivore Gallery, Budapest. We were working together with Ágnes Hardi, Loránd Szécsényi-Nagy, Piroska Bibok and Évi Jámbor but there were no separated artwork in the exhibition space. We created in the space a virtual environment which were perceptable only by smartphones. With a help of an application the viewer could see on the screen of his phone different objects falling into the empty space from the street and the neighbours. The background of this phenomena was a fictive paranormal catastrophe which caused a black hole in the gallery. We also wrote a pseudo-scientific article about it and hanged it in the space as the phenomena’s description – which has already happened in the different points of the world and caused black hole and catastrophe. We’re playing with that not-that-funny phenomena as the people can’t make difference between the real world and the virtuality, the real and fake news. And sadly it worked: most of the visitors believed that the article is true. 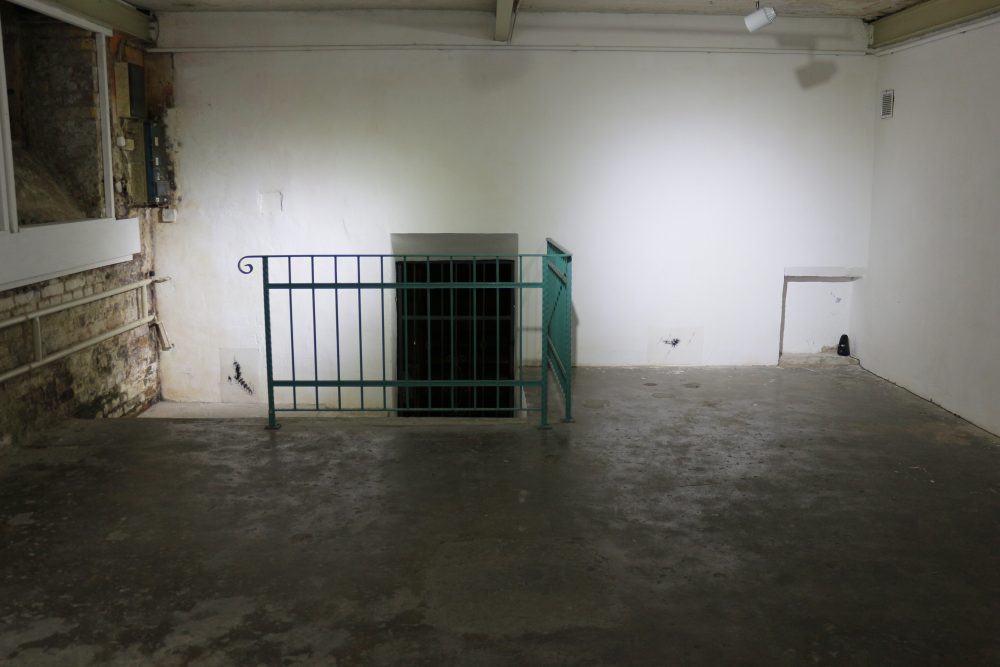 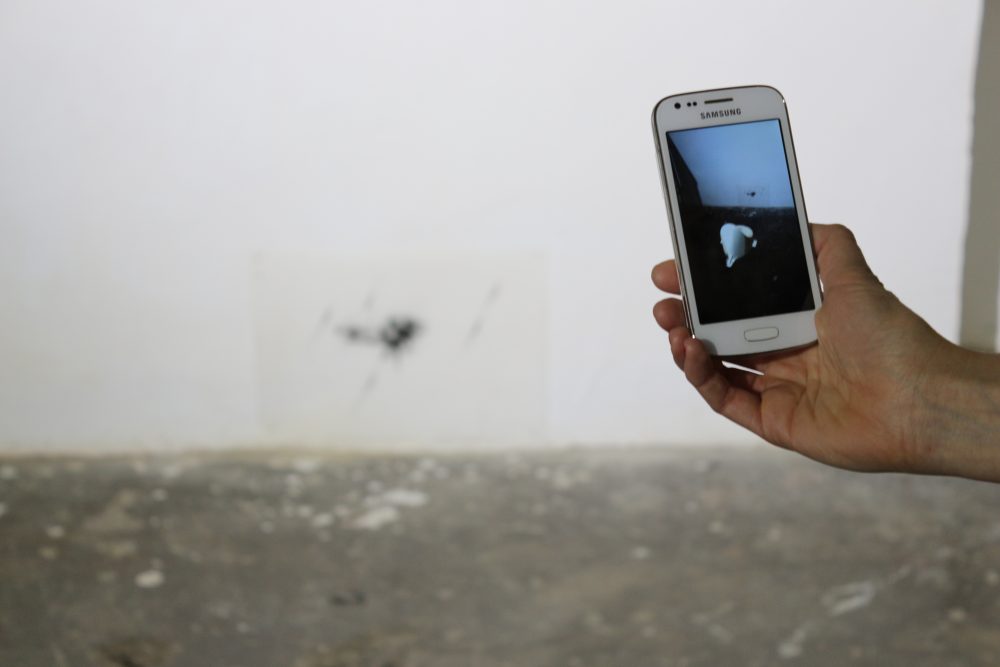 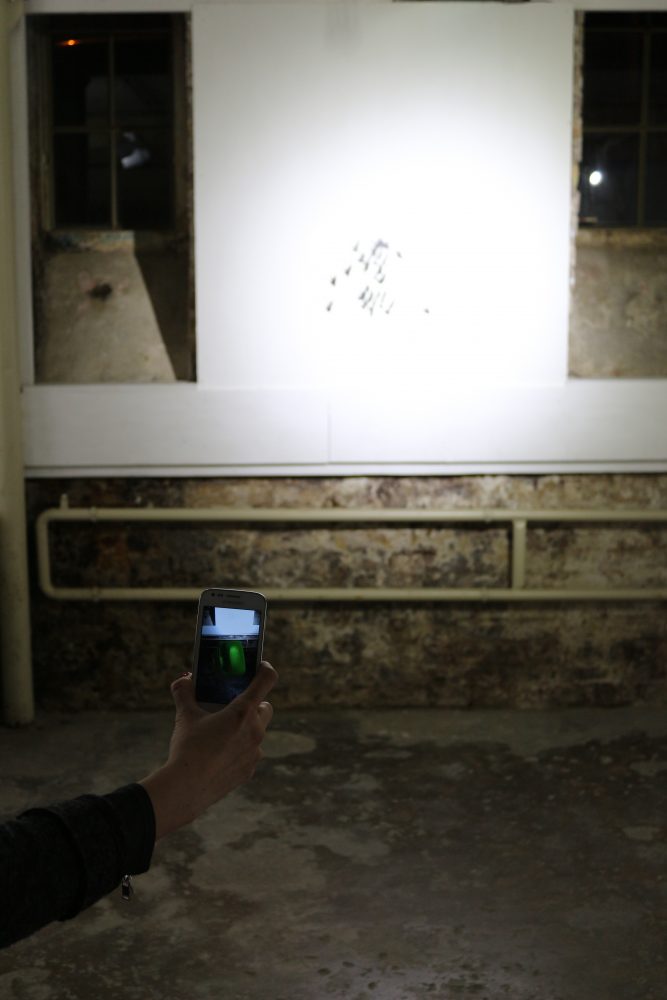 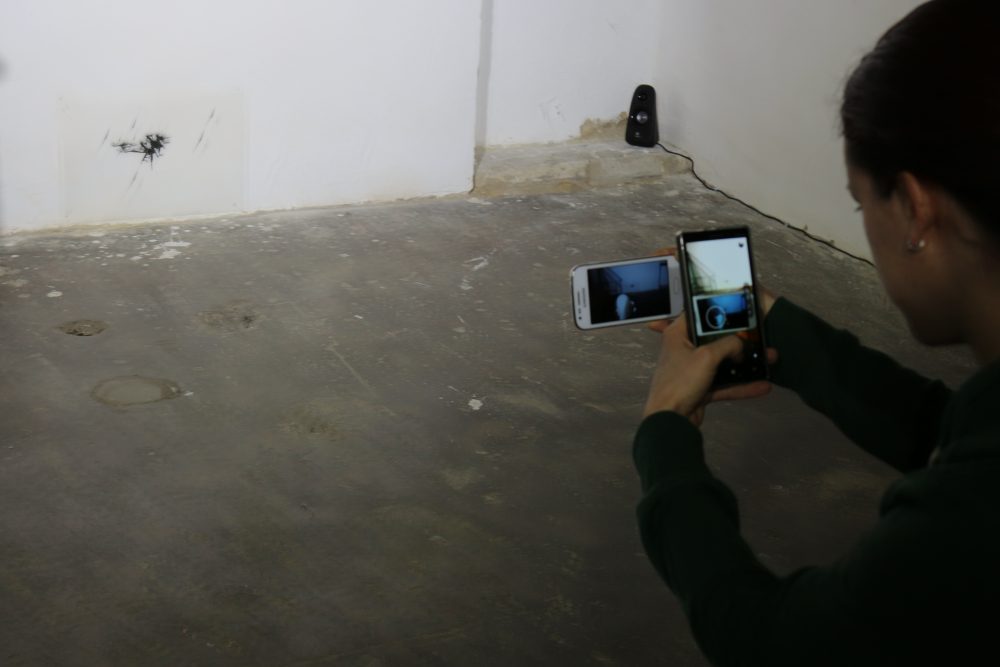 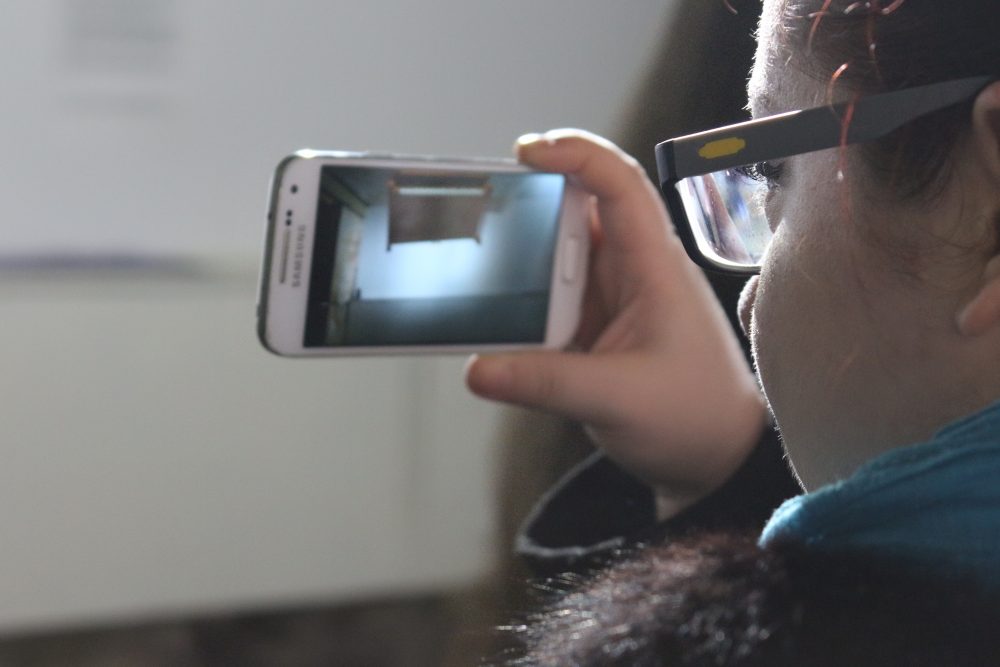 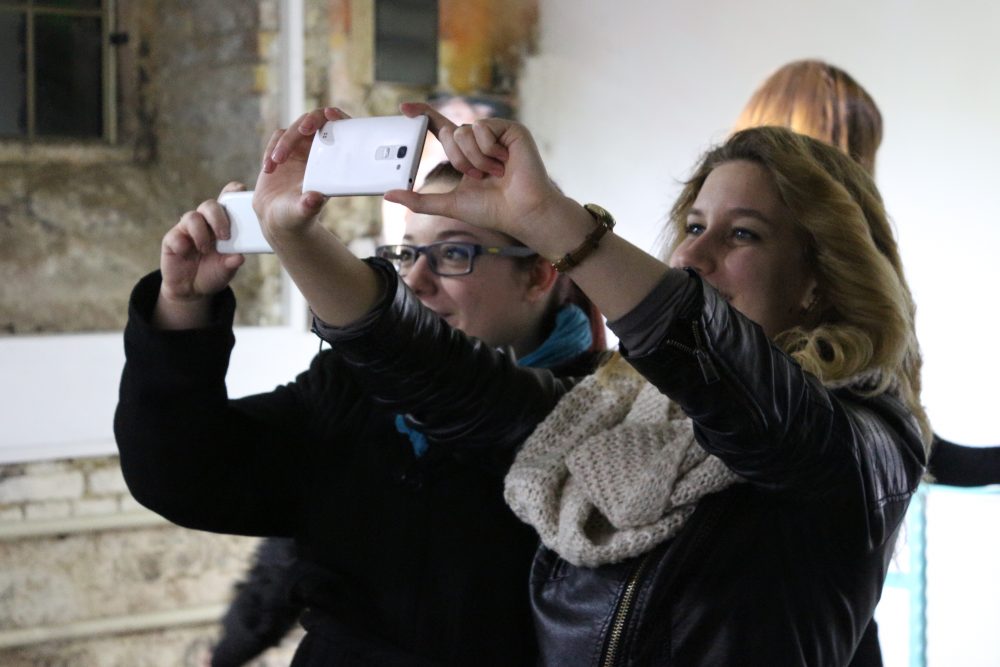