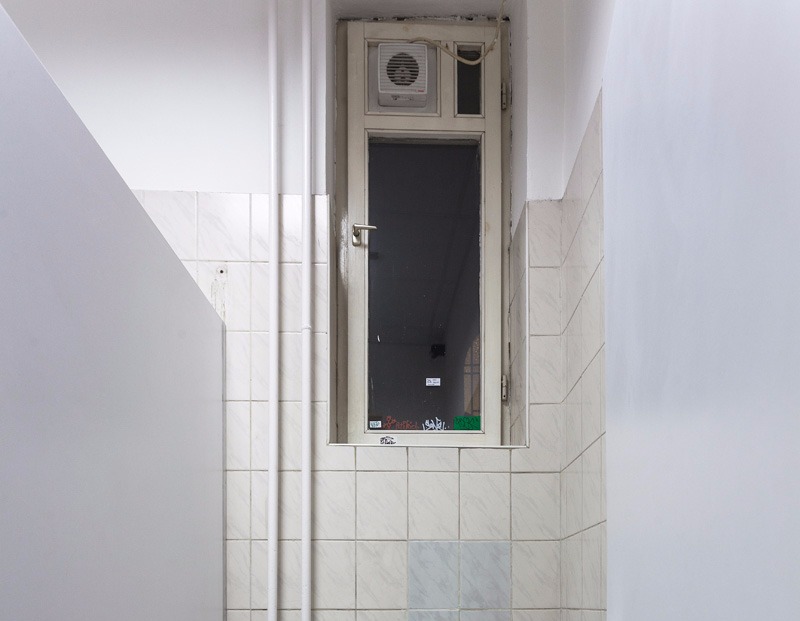 My dada symphony which was exhibited like a sound installation in the rector’s toilet of the Hungarian University of Fine Arts on the occasion of the centenary of Cabaret Voltaire.

I was recording the sounds, rumbles and strangers’ dialogues through months in different lichthofs (the tube between the flats in tipical apartment blocks in Budapest) in secret – like a voyeur. I made a 5,5 minutes long antimusic by the sounds plus the added false noises from the internet to confuse the public who step into the toilet.

I also wrote a dada poem, here is the translation:

sounds gushing down the fake plughole

flushing down the sound-image of the toilet’s shadow

I would shut up the crying echo of the babyinfant

torn away the whistling phone cord is mute

in the sizzling of fake and bygone fried eggs

catching some kind of age of the human presence

– Just having a quarrel, what a pleasure!

Dasein escaped through the lichthof

​This work is a comic statement about my wondering of the changing of the public communication: it disappeared from the real space – where are we going?